The long-awaited exciting Maserati Alfieri concept car is to be a reality in the near future. Maserati refers to this athletic beauty of a vehicle as a concept relating to the brand’s history, traditions, and roots, as well as it being a seed for the future. The future certainly seems brighter with this vehicle on the horizon. It boasts a magnificent design with a sleek shape that entices the eye and a growling engine that excites the senses.

It’s named after the founder, one of five brothers, Alfieri Maserati, and inspired by one of the greatest Maserati vehicles of the past, the A6GCS/53. With its long hood and small rear-set cabin, it has the iconic fenders that reach back to the center of the body, the distinctively cut rear, and the deep concave grille between the fenders. Recreating this classic into a modern interpretation reveals a more compact, but assertive model with the pioneering spirit of the future.

The beautiful 2+2 seat sports coupe will roar to a dazzling 60 miles per hour in 2 seconds with a top speed of over 186 miles per hour. The transmission is to be provided by Ferrari NV. The electric-powered beast will be housed in an aluminum space frame with active aerodynamics and torque vectoring for light weight, high quality, support, and agility. The angry headlamps with bi-xenon-LED lightbulbs are under the characteristic eyebrows, which are also found on the twin-exhaust tailpipes.

Elegant and sporty, with few lines, the design portrays both the present and the future while honoring the past. The car is designed to be timeless and aesthetically beautiful. The interior is designed as one long line of refinement with leather seats, dashboard, and console, and a gear lever and clock that are carved from a block of aluminum. The racing look and feel are alive in the design, true to Maserati heritage. It has been confirmed that a coupe and a cabriolet version is also in the cards, which will surely be a luxurious attraction.

Unveiled in 2014 for the company’s centenary celebration at the Geneva Motor Show, the Maserati Alfieri is finally in production and is planned to be ready before 2022, boldly competing with both Tesla and Porsche, specifically the Tesla Roadster and the Porsche Mission E. Maserati chief Tim Kuniskis openly admits to taking on Tesla by bringing an unmatchable vehicle into the electric vehicle market. It certainly is touted as a supercar of the future.

The Maserati Alfieri, with Alfieri’s original signature as it’s logo, is a true masterpiece designed to captivate, excite, and astonish all with its gorgeous shape and form, impressive specifications, and thrilling ride. This vehicle is the embodiment of Maserati, inspired by the past, yet forging the future with its clean lines, minimalist and stylish interior, and racing history. Never again will you look at electric vehicles in the same light. An evolution has begun. 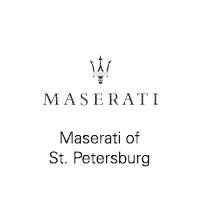